My heart seems to continually be in pain lately.  I am repeatedly astounded at the cruelty humankind displays.  We seem like a weapon aimed at hurting.  How can we, created with the express purpose to love, find dominance and revenge and judgement such a huge part of living?

A friend recently posted a video on FB about Oogle, a dog rescued from being a "bait" dog for dog fighters.  The news article about the Muslim taxi driver who was stabbed when he answered the question about being Muslim.

I feel like the whole earth needs to take a very deep breath and learn to be still and present.  Can we stop this?  I don't know.  What I can do is watch how I walk today.   Watch my words, watch my thoughts, watch my actions.  And perhaps there is one more thing.....gently and without judgement perhaps speak to hurtful situations I come across.

It's kind of like we need a slap to the face for a reality check.  Remember those old movies where the guy slaps the woman to try to get her to see what is really happening?  (Of course I think those kinds of visuals in movies is a contributing factor to the way some men treat women.)  But the point is "we need to get a grip".

God is not going to magically change the world.  That is what we are here for.  We must, I must personally take responsibility to end cruelty, prejudice, pain, suffering.  I just hope that today I can "act justly, love mercy and walk humbly before my God".

(Thanks, Denise, for bringing this passage before me.)
Posted by catd at 9:21 AM 1 comment: Links to this post

Living Who I Am 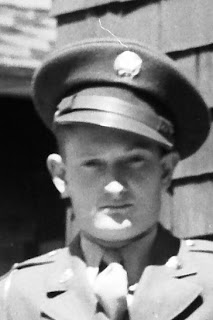 I have just finished reading Wendell Berry’s “Jaber Crow”. This is one of the best novels I have ever experienced. How do I make that judgment? Because when I am finished I am sad. I am leaving behind people I love and a sense of place I would like to remain in.

Reading this book caused me to think a lot about living who I am made to be; living the “place” I was made to live. Sometimes, many times, this does not fit the culture of our world.

As I read this book that was set in the south, I thought of my dad. Reuben grew up in Arkansas. They were farmers. I have gotten the idea that most people who grew up in that region of the States wanted one thing…..to get out; mostly to move to the dream of California. I understand the economics of the depression would have pushed people to look for the land of opportunity. But, I also wonder how many, by moving, lost part of who they were.

Reuben came to California straight from his military service. I’m not sure if he ever even stopped in Arkansas after his dishcarge . His family had moved to California while he was oversees.

For most of his adult life he lived a California life. Got a job. Worked 9 – 5. When I was very young he hunted. We had hunting dogs and many weekends he would head for the woods. Every vacation we ever took was to the east side of the Sierras. My dad lived for those vacations. We would drive into places no one else would dare to go (and without 4-wheel drive). I often wondered if we would be able to get out. He would leave early in the morning and hike to places to fish; always coming home with dinner.

When I had been married a few years Reuben and Lona bought some property “out in the middle of nowhere”. The first time I saw it I must admit I wasn’t too sure. For a couple of years they lived part time in a trailer on this property while their home was being built and part time in the back of my mom’s beauty salon.

They turned this property into paradise. The house was lovely but the rest of the property was an oasis: fruit trees, vegetable garden, flowers, and room for a pig and a beefalo. My parents became alive again.

Many years later in following Brad and I back to Fresno they bought another home with some land. It had an almond orchard and two ponds. My dad would “fish” from the pond and work to keep the property beautiful. Feeling they were getting too old to do the work they moved to the city; nice house on a small lot.

That’s when my dad started to die.

When we moved to Seattle and Reuben and Lona once again wanted to follow us, I admit my dad was one of the reasons I wanted the house we bought in Edmonds. The creek, the woods. I thought it would give him one last chance to be surrounded by what seem to bring life to him. It was too late though. By the time we moved them in with us he couldn’t get up and down the hill to sit beside the creek and he died just 3 months later.

Why am I writing this now? Jaber Crow has made me aware of living who I am. There have been times over these last 10 months that I have thought Brad and I are too old to be starting something new. Then I remembered my dad was 64 years old when they moved to their little country life. As long as he lived who he was deep inside…a lover of the land and of nature….he stayed young and full of life.

I need to continue to recognize who I am deep inside. What am I made of? Where do I find myself? What brings life to my spirit?

These may not be the things others give value or worth to, but that doesn’t really matter. Life and the love of living come from being our true selves.


Footnote:  I wish I had a more recent picture of my dad on my computer.  I loved his gentle wrinkles.
Posted by catd at 9:10 AM 3 comments: Links to this post

I realized this morning that I have always believed that upon waking I am empty, ready for a new day.  Now I know otherwise.  Sleep is an escape from the nudging of "I have things to get done".  My mind becomes immediately full of what needs to be done today (at least my ego believes there are things that NEED to get done), the things that weren't accomplished yesterday and even borrowing from the list for next week.

It is only by taking time for solitude that I become empty and ready for the day.  This list of "to dos" gets moved over to the next column.  Yes, I will work on completing those items on the list but the real living is being done while doing them.

Who will I encounter as I do each thing?  Will I be available and accessible to them?  Will I act with love toward them?  What will I discover about myself as I enter each task?

When I come to solitude I can empty myself, become hollow and actually useful.  I look at the day ahead with true wonder and expectancy.

Oh, I just had a thought.  Maybe I can take moments of solitude throughout the day to again be emptied and readied.  It wouldn't have to be long...just a moment or two to remember it is about those I have been given to love that day.

How I wish I could live in the peacefulness of this moment each hour of the day.
Posted by catd at 8:57 AM No comments: Links to this post

"Jesus lives in your heart."  I was taught this from childhood. "Abide in me as I abide in you".  I've always wondered how this worked.

This morning while working at practicing mindfulness - wait, I do have to comment on this.  Spiritual disciplines are most often work, I think.  They do not come naturally; at least not when a new practice is being learned.  I find for myself there are so many spiritual practices I should or would like to be part of my life that I tend to jump from one to another not really becoming an expert or even comfortable with any one of them.

So back to this morning.  I was contemplating the idea of awareness.  What would that look like today, just today, if I practiced it all through my goings?  I know I have been thinking a lot about how my quest for The Mystery has changed.  Rather than always looking outward to experience the holy I have discovered that I find the Presence deep within myself.  I'm not sure how to explain this.  Thankfully there are many, many others who have eloquently written about this very subject so I don't feel the need to define it other than to say I am finding reality in it.

Unexpectedly I began to wonder if knowing God isn't very much like an arranged marriage.  God has put his/herself within each of us.  When we become aware of this we begin our journey of knowing the unknowable.  It seems that many arranged marriages work, last even today with our aversion to being controlled and told what to do.  Why is this?  Perhaps as the couple rests in the reality of their circumstance they discover the value that each holds for the other.  I wonder if it takes more effort to make an arranged marriage work?  I don't think this would be a bad thing...to work harder at the relationship.  Perhaps it is just being aware of the presence of this other and allowing them to be in your life.  Can I compare this to knowing God?

It is about awareness.  We can live our whole lives never noticing or acknowledging the presence of Emanuel all around us and within us.

So I move forward through my day trying, practicing, hoping for awareness.  What were you aware of today?  Did being aware change the way you lived today?  Did it change your relationship with the people you came across?
Posted by catd at 9:28 AM No comments: Links to this post