The World in Two Categories

I've just watched disc one of "Baraka". First the images are amazing. But there is much more to this film than the beauty of the photography.
Shortly into the film I became aware of how deeply spiritual this movie is. I became aware that everything in the universe falls into two categories:

God is wisdom, beauty, happiness, fulfillment, peace, love....and everything we do is an insatiable longing for those things.

I encourage everyone to watch this film and watch with an awareness. It is hugely obvious and I believe I will be viewing the world through these eyes from this point on.

Posted by catd at 12:36 PM No comments: Links to this post 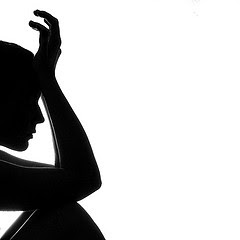 I know the truth of this and yet I still find myself doing it.
When things aren't going well, or at least not the way I want, I withdraw, turn inward, get quiet...
So here I am. I have discovered in this process that I am spoiled. I have pretty much gotten whatever I wanted whenever I wanted it. If it wasn't given to me I was a good enough manipulator, planner, figurer-er-outer that I could make it happen.
But....not this time. I'm trying not to let the house be the only thing I think about during every waking hour. It is a battle.
However, as usual, God has brought a book to me that is accompanying me on this path. It is called "The Way of Transition" by William Bridges. I think I thought the transition time was over. Guess again. Think again.
So this morning here is what I read. It completely describes how I am feeling. I don't know why it helps to know. It doesn't "fix" anything. But it does comfort me in some strange way.
"While the other two phases of transition are often bracketed by events, the neutral zone is more like an uneventful gap in your lifetime. It is a colorless streak of emptiness that spreads across your life, like the gray smear left by a dirty eraser.
"It is difficult to describe the neutral zone without speaking metaphorically. It is a season of dormancy when life withdraws back into the root to get ready for a long, cold season without whatever had given warmth and meaning to life-before-the-ending. It is a strange no-man's-land between one world and the next. It is a zone where you pick up mixed signals, some coming from the past and some from the future. Sometimes the signals jumble into noise, while at other times they cancel each other out, leaving only an eerie silence. It is a low-pressure area, where all kinds of heavy weather is drawn into the vacuum left by the loss. It is a dark night of the heart - or, maybe, a long dark twilight that refuses to resolve itself into either real day or true night....
"I found myself in a situation where, for the first time in almost forty years, I could do anything I wanted to do. But as far as I could tell, there was absolutely nothing that I wanted to do. I often caught myself staring at the wall,my mind a blank."

Now, in case anyone is worried about me...don't be. I really am ok. Just so frustrated at being on hold. Brad and I were at a grad party for him and other masters students Saturday night. Talking to people about what we are looking forward to was so energizing. It makes me laugh, smile, cry, all in the anticipation of the next phase. But then I come home and sit.

So, what am I doing to try to occupy the "neutral zone"? I am pushing in again to knowing God in different ways. My goal is to spend more time just with this mysterious one who totally perplexes me.

And, since this post is about honesty for me I feel a bit of guilt. No, not a bit; a lot. I feel bad that Brad goes to work everyday and my work is figuring out how to fill my day and have a good attitude about it. This needs major adjustment but that one I'm not sure how to do.