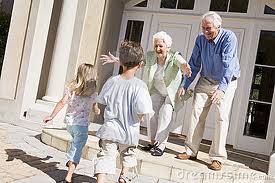 Have you ever thought about why your grandchildren love you?  Every time I see the expressions on Benjamin’s and Sullivan’s faces when they first realize they are at papa’s and nina’s house, I am humbled and awestruck.


Love, what a curious thing.  What a wonderful mystery.  What is it that causes that feeling in our hearts?  I know someone is going to want to tell me about the chemical that is released somewhere in my body. But, why is that chemical released? 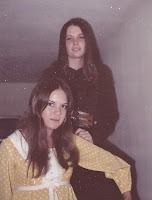 Forty-one years ago I met someone who had this effect on me.  Uh, no it wasn’t Brad.  If you actually know Brad and I, you know about our love.  This is my friend, Peggy.  At the time, several of us were living rather communally. (This is the short version.) I had just arrived in Palm Springs where a few of our group were staying temporarily.  A couple of friends approached me all excited. They told me they had just met a girl who looked like me and talked like me.


As most of us do when we are told someone looks like us, I rolled my eyes and thought “sure”. But when Peggy and I came face to face we were stunned.


In less than a year Brad and I were married and Peggy was my maid of honor.  We saw each other two, maybe three times after the wedding.  While living in Seattle and discovering all the possibilities of the internet; I attempted to track her down.  I sent letters to old addresses from whitepages.com with notes on the envelopes saying to please let me know if Peggy didn’t live there anymore.  I even paid one of those search companies but, again, nothing.


I just resigned myself to the fact that I wouldn’t ever see my friend again.  Maybe she didn’t want to be found. A few months ago I thought I would try FB one more time.  And, yes, there she was!


It’s been 35 years since we have seen each other.  She is flying down in a couple of weeks. The mystery of love continues.  I can’t explain it, but after all of these years and a rather short friendship, there is still a huge spot for Peggy in my heart. 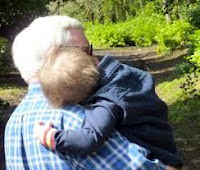 Benjamin and Sullivan – what is it that makes their eyes twinkle, that makes smiles break out and causes them to run into my arms when they see me?  There is no reason grandchildren should love their ninas and papas.  But what a gift!


This mystery of love is all around us.

Well, now I have tears in my eyes . . . from the love I feel from you, and the love I have in my heart for you, my "twin". It truely is a mystery but it is very real. Kindred spirits we.